Alwyn & Rachel Cosgrove, owners of one of the TOP TEN GYMS in the United States of America as named by Men's Health Magazine, invite you to join their Inner Circle, where they will unlock an ENTIRE new course for you every month!

Every Year We Are Fortunate To Speak To Thousands Of Passionate Fitness Professionals Around The World And We Noticed A Huge Problem...

So many fitness professionals who are passionate about changing people's lives, and are good at what they do, are getting burnt out and are ready to quit!

As we spoke to thousands of fitness professionals, signing copies of our books, answering questions and connecting with them, we realized they are JUST LIKE US when we first started in this industry! They are having the exact same struggles and challenges that we had!

We often think back to when we first decided to open Results Fitness. We were passionate, excited, and we knew how to train people and get great results; so we opened our gym! We can’t begin to tell you how quickly we became discouraged when we realized we didn’t have a clue how to run a business. There were so many times when we felt as if we were just spinning our wheels, getting nowhere. Sound familiar?

We were training clients from 5:30 in the morning until 9:00 at night, with no money in the bank to show for it. We were barely making ends meet, literally living from paycheck to paycheck, sometimes NO paycheck to NO paycheck. One night, a few months after we opened our gym, we came home to our tiny apartment, which was a half an hour drive by freeway because we couldn’t afford to live near the gym, to find that our back door had been forced open and our home broken into. They stole our laptop, which had all of our clients’ programs, and everything we had for the gym on it. On the bright side, there wasn’t anything else for them to steal because we didn’t have much – no money, no jewelry, but that laptop had everything we had created on it!

Financially things were tough, yet our schedules were full, so we had to hire our first trainer. A few months after she began working for us she drove up in a brand new Ford Explorer. She excitedly ran into the gym and asked us to come and check out the stereo system.

At that time (Our grand opening day pictured below!) we were sharing a used Dodge Shadow my parents had bought at an auction for $1000 and given to us when we got married, we could barely pay our bills while working 15 hour days.

It was at that moment, when she drove up in her brand new car that she bought with money we were paying her, we looked at each other and realized something was not working and we had to make a change!

We were on a mission to create something bigger than us! We wanted to change the way fitness is done, while creating a business that would support our life, instead of having to live our life supporting our business. 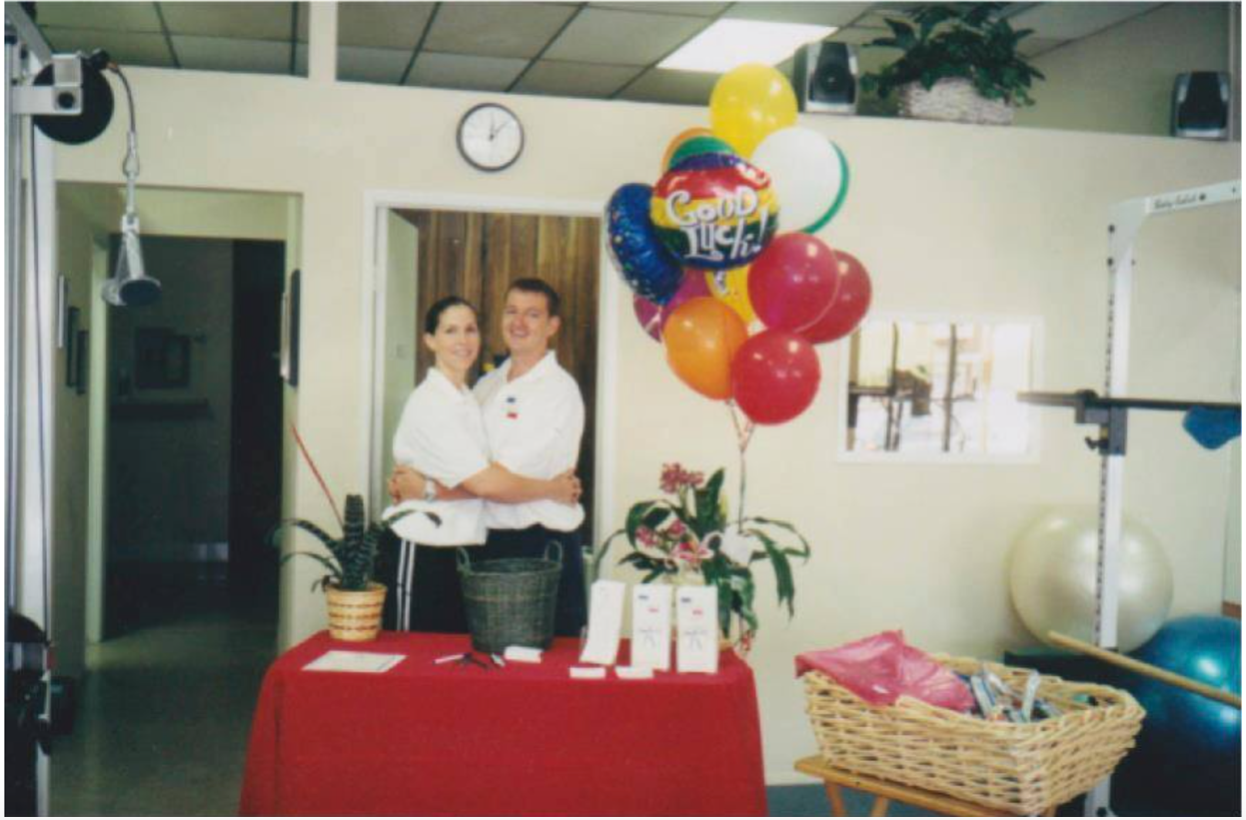 Over the last 19 years, since opening Results Fitness, we have developed systems, landed on game changing ideas, and figured out the answers to create a sustainable business that will support your life, while continuing to do what you love and help a lot of people!

We've noticed that so many of the passionate fitness professionals we meet are struggling with the same challenges we had.

I bet you are too. And that fires us up to help YOU to create the business and life of your dreams! We've figured it out! We have the answers! It is possible!

This is not another "rah, rah" motivational program. Feeling warm, fuzzy & motivated is nice, but it doesn't make money! 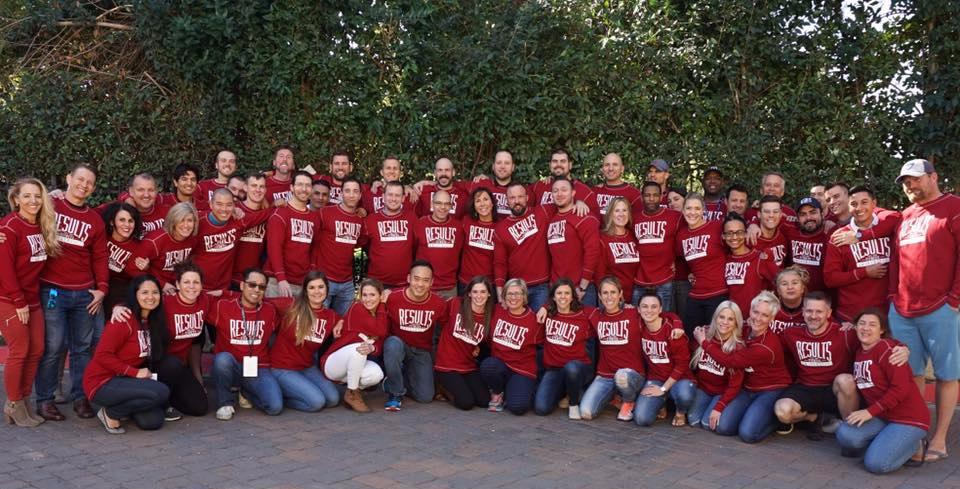 Yes! I want to join the Results Inner Circle and gain instant access to the Signature System for just $97!

Access The Results Signature System, Unlocking The Answers To Change Your Business And Your Life, Starting Right Now For Just $97!

This is our Signature System revealed for the first time ever outside of our VIP Mastermind Coaching Group. When you sign-up for our Inner Circle, we are going to unlock an ENTIRE new course for you every month. You will be the ONLY ones able to get a peek behind the scenes at EXACTLY what we're doing each month at Results Fitness.

(And yes, you read that correctly. An ENTIRE new COURSE unlocked for you every month. Not just a new video; not a new module; not a bunch of interviews, but an ENTIRE new training COURSE on a topic that will be a game changer for your business and will help you create the business and life of your dreams.)

Plug & play everything you learn each month into your business from our Program Design System to our Sales Scripts to our Front Desk Checklists...we're about to share every single system we use, day in & day out, at Results Fitness.

No one else in the world has done this. Frankly, most fitness business coaches don't even own gyms, let alone give away all of their systems, scripts, templates, and ideas that have made their gym one of the TOP Ten gyms in the United States!

For only $97 you get immediate access to these THREE courses right now! 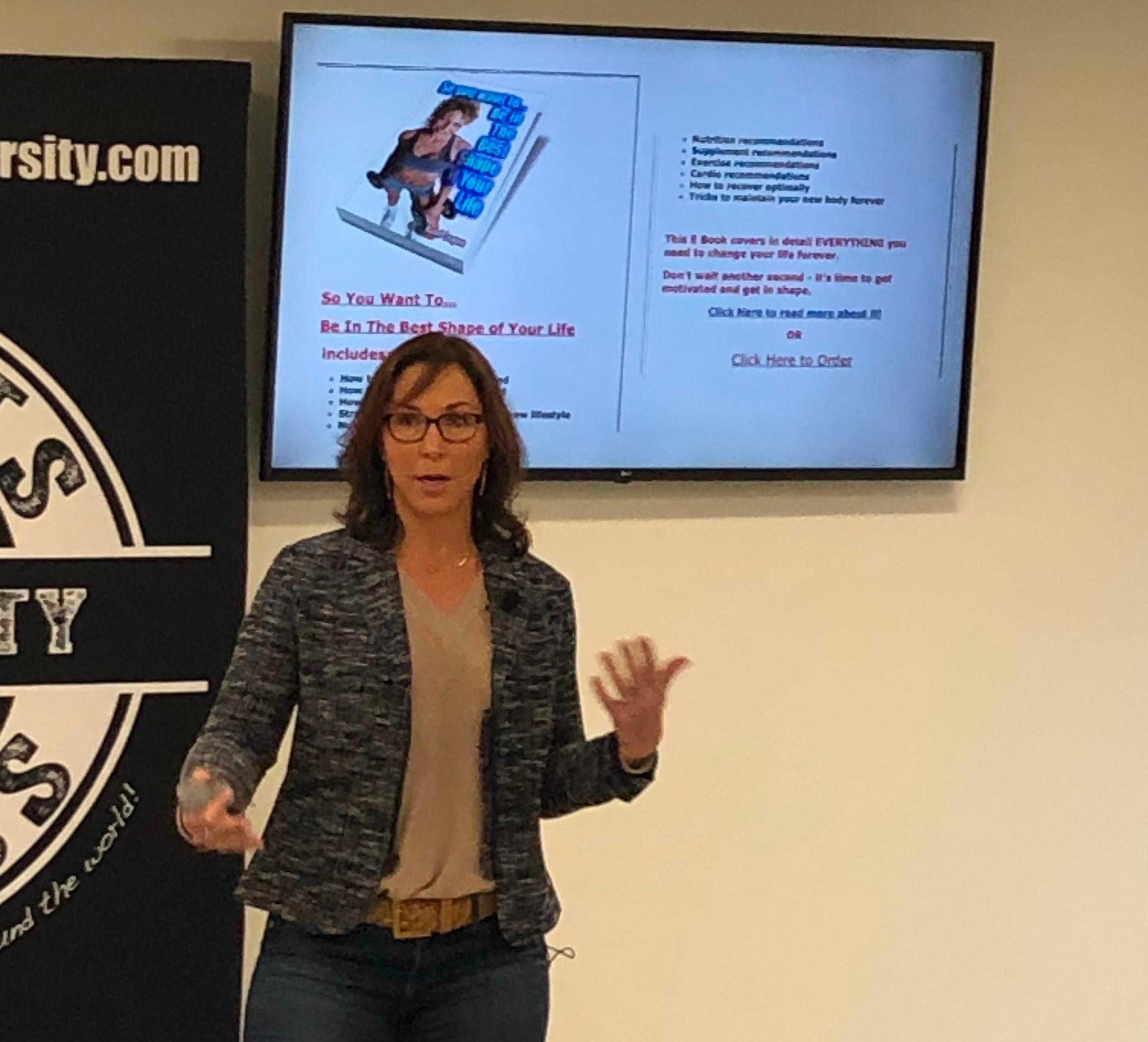 How To Build Your Online Business From A to Z 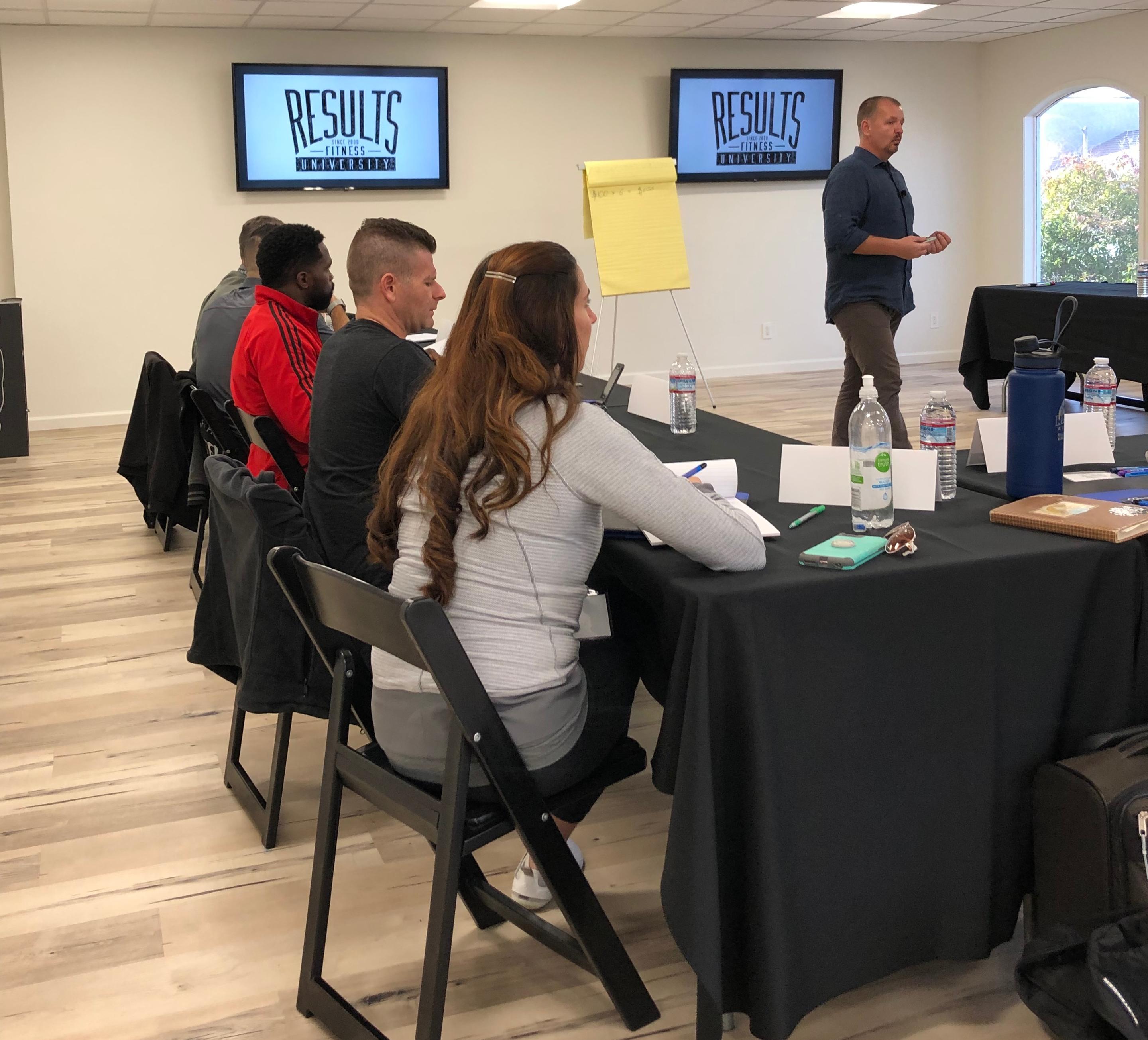 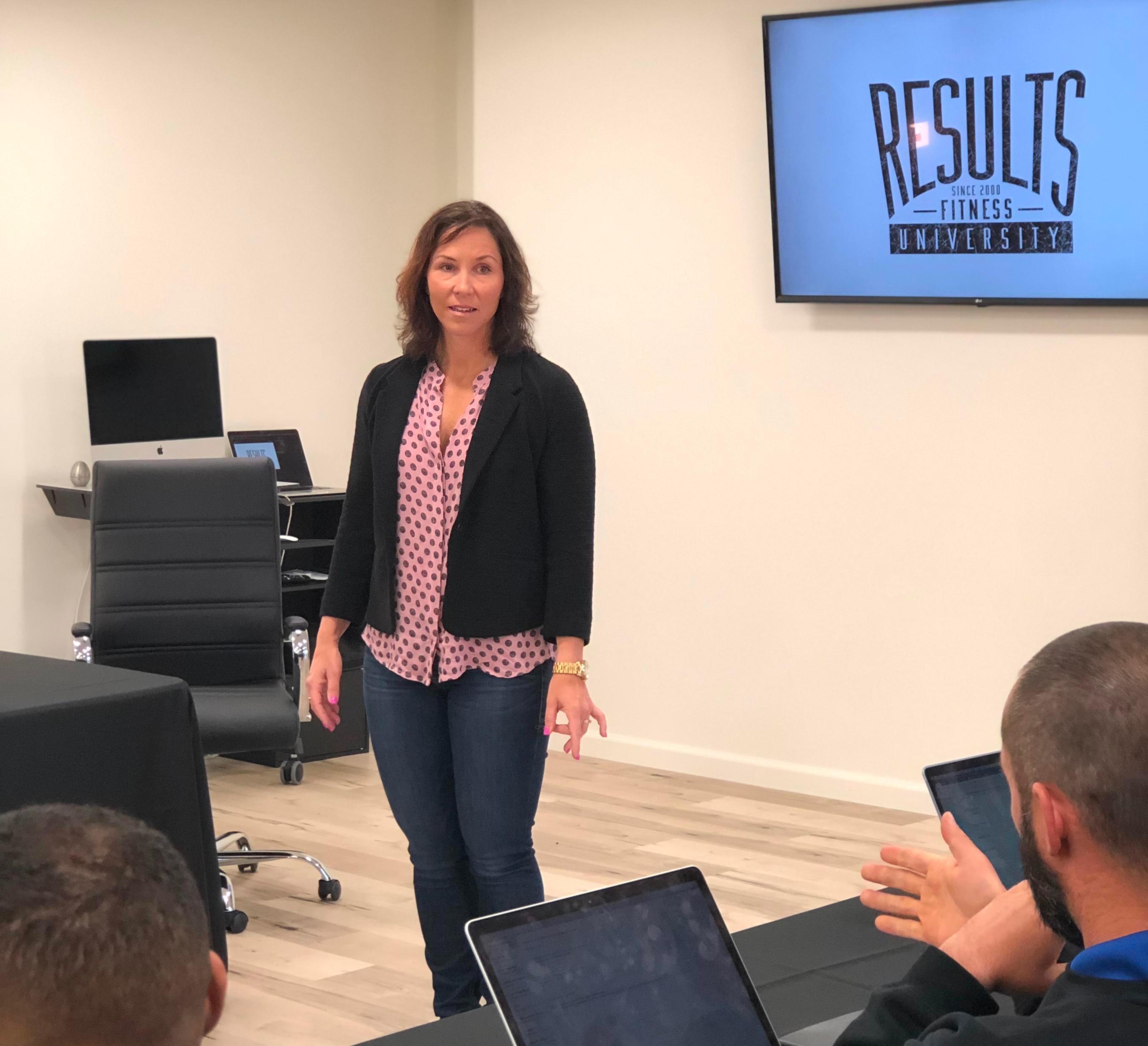 with the Results Fitness Team ($297 Value)

Then you will get a NEW ONLINE course from us EVERY MONTH!

Every first of the month we'll unlock another new fitness business signature course for you, and you can take any of them AT YOUR OWN PACE.

The goal is to give you the tools you need to dramatically accelerate your fitness business growth at a FRACTION of the usual price it would cost to come out to one of our live events.

Get Started Now for only $97 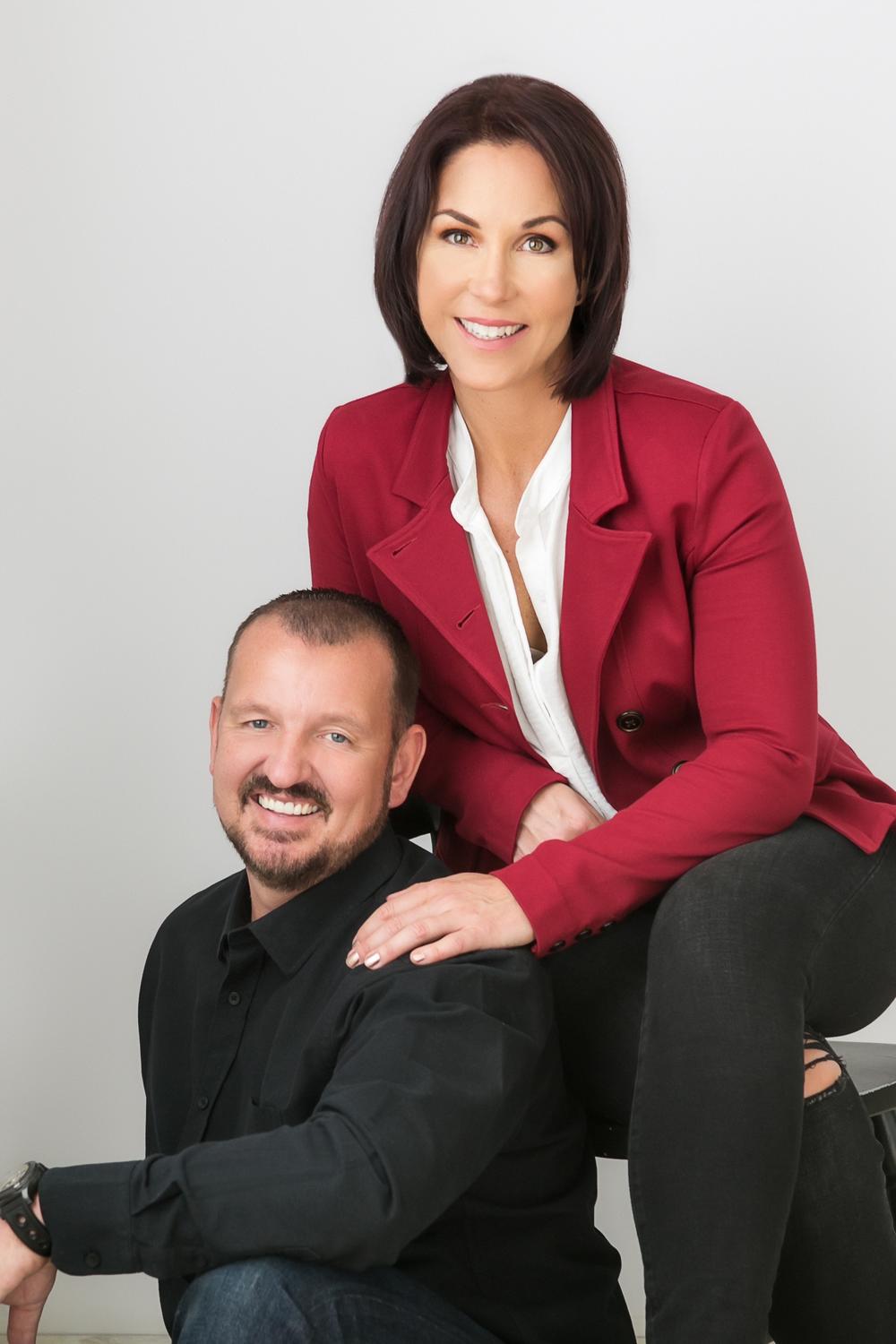 What Else Do I Get?

For $97 now, you get THREE (3) full courses. Then you will continue to be automatically billed a discounted $97 per month. That gets you a new course every first of the month. Cancel anytime.

Every first of the month you'll get a new online course.

Here's a sample of some of the upcoming courses you'll be getting access to:

With the other THREE courses we already mentioned, that's access to EIGHT of our best courses that up until now you'd only have access to if you came out to a live event...

...that people have paid THOUSANDS of dollars for, in total, to attend!

So there you have it:

1. We mentor you with our BEST courses, that others have paid THOUSANDS for...A BRAND NEW one every single month!

2. You get world-class curriculum, built by Alwyn & Rachel Cosgrove and the Results Team, who have spent 30+ years mastering how to be a successful fitness professional from program design to sales to mindset to systems!

Yes! I want to join the Results Inner Circle and gain instant access to the Signature System for just $97!

Click here to get started on the first two courses now!
Close